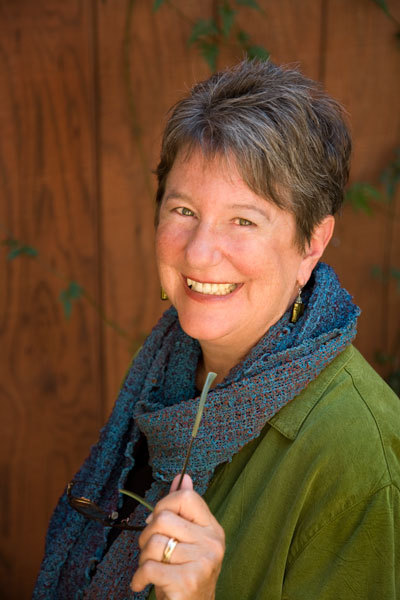 Elaine Elinson's latest book, coauthored with Stan Yogi,
Wherever There's a Fight: How Runaway Slaves, Suffragists, Immigrants, Strikers and Poets Shaped Civil Liberties in California, (Heyday Books, 2009) won a Gold Medal from the California Book Awards in 2010, received a starred review in Publishers Weekly, and was named a ForeWord Book of the Year in History. Heyday published a Tenth Anniversary edition of the book in 2019.

The former editor of the ACLU News and communications director of the ACLU of Northern California, Elinson is now a San Francisco-based editor and creative writing instructor.  She is a book reviewer for the San Francisco Chronicle, the Los Angeles Review of Books, the New York Journal of Books and a theater reviewer for 48 Hills.  She is a researcher/writer for the National Park Service on civil rights history, digging up hidden histories of the Azorean dairy farmers who headed to the Marin Headlands during the Gold Rush, a successful challenge to the color bar at Sutro Baths by an African American waiter in 1897, and the brutal treatment of Conscientious Objectors in the military prison on Alcatraz during World War I.

Her essays have been anthologized in Civil Liberties United (2019), the ACLU Centennial Series (2019),  A Time to Rise (2018) and other collections.

Elinson has a degree in Asian Studies from Cornell University and an MFA from Goddard College (2005). She has lived in England, the Philippines, Hong Kong and Central America and speaks Spanish, Russian and Mandarin. She also enjoys conversations – albeit very brief – in Tagalog, Cantonese, Portuguese and French.

She has been awarded a writing grant from the California State Library's Civil Liberties Education Project and writing residencies at Hedgebrook, the Anderson Center, Mesa Refuge, Ragdale and the Headlands Center for the Arts. Her essay on finding solace at the library during a family health crisis was selected by the American Library Association for publication in Woman's Day. She was named a Library Laureate by the San Francisco Public Library in 2010. She serves on the boards of Yerba Buena Gardens Festival in San Francisco and Mesa Refuge residency.

Her freelance articles and essays have appeared in The Nation, San Francisco Chronicle, the Los Angeles Daily Journal, California History, AmerAsia, Poets and Writers, The Veteran, Women in Judaism, West Marin Review, and other newspapers, magazines and journals.

She is currently working on a book based on the recent discovery of her grandmother's diaries spanning the years 1905-1918, with entries from a shtetl in Russia to a tenement in Chicago.

An Election Observer in El Salvador Looks Back

On the eve of the 2020 U.S. presidential election, I am reminded of attempts to threaten voters and thwart democracy in the 1994 Salvadoran elections.

In the Library: Women's Voices in California History

Digging in the archives of the California Historical Society, the author found letters and diaries of women who fought for suffrage, abolition and against race discrimination -- whose vibrant voices had been silenced or marginalized in the dominant narrative.

The Link Between Violence and Female Incarceration

The prevalence of physical abuse may be the most open secret behind the growing incarceration of women.

A Prayer for Peace, A History of War

A journey to Viet Nam with Veterans for Peace reveals the lasting legacies of war -- Agent Orange and unexploded ordnance. And a surprise -- the warm friendship between Vietnamese and U.S. veterans who had fought on opposite sides of the war.

Invaluable friendships that nourished women authors in centuries past.

I fell in love with this poet in a high school English class, and was thrilled that decades later I reviewed his work for my (new) hometown newspaper.

"A lesson in American history riding the 14 Mission bus"
What a ride on the city bus can tell you about your fellow passengers – and yourself.

Development Debacle: The World Bank in the Philippines

Expose of how U.S. investment in the Philippines bolstered the oligarchy and oppressed the poor.